From the $3,700 lows established in the middle of March, Bitcoin has mounted an extremely steep comeback over the past five to six weeks. In fact, the leading cryptocurrency is currently trading over 100% off the lows, effectively recovering all of the crash’s damage.

While many investors have taken this performance as a sign of the resilience of the crypto market, saying that it suggests BTC has room to rally, a prominent trader says that Bitcoin is registering a sign of “exhaustion” after the jaw-dropping run.

It Could Be It for Bitcoin Bulls

After rallying as high as $7,800 on Thursday, Bitcoin stalled, failing to surmount this key level in the face of bearish selling pressure.

Crypto trader Cantering Clark remarked on April 24th that BTC’s inability to rally further from the current levels is “not the type of response I would want,” referencing how the price action that transpired on Friday and is transpiring today on Saturday is anything but bullish.

He went as far as to say that from how he sees it, BTC’s failure to hold above $7,520, which he pointed to as a crucial level on a medium-term time frame, is a sign of exhaustion for bulls after the 100% rally.

It Isn’t Only Crypto, Stocks Are Stalling Too

Importantly, stocks are stalling too, further adding to the confluence that crypto could reverse from the highs. All week, in fact, the S&P 500 has trended between 2,700 and 2,850, failing to break out of this tight range as analysts start to fear a deep reversal.

One analyst, for instance, shared the below charts, indicating that there are eerie similarities between the S&P 500’s price action over the past two years and that seen during the Great Depression. He called the similarities “uncanny,” adding that history repeating itself could see the index fall by 30%. 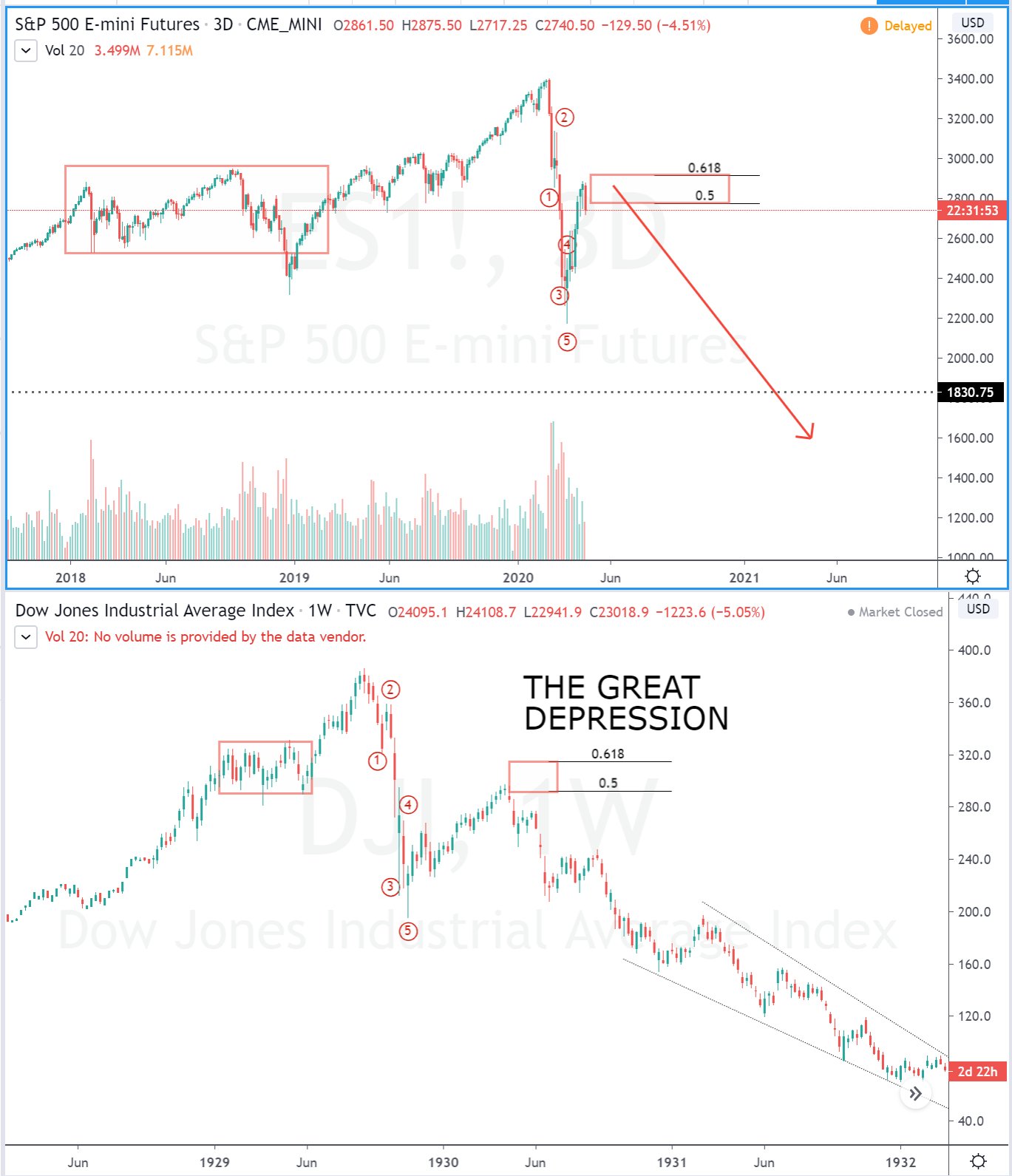 Bitcoin stands to be hurt by this because the Federal Reserve Kansas City Branch found the cryptocurrency has a positive correlation with the S&P 500.

While there are these technical and fundamental factors suggesting Bitcoin’s rally has come to an end, there’s a wildcard that could send the crypto market flying: the impending block reward reduction, also known as a halving.

According to estimates backed on blockchain data, in approximately 15 days, BTC will see its next halving whereas the 12.5 coin reward that is minted as each block is mined will get cut in half to 6.25 coins.

As mundane as this may sound, the event, as Bitcoinist has reported previously, has started to pick up popularity on social media. 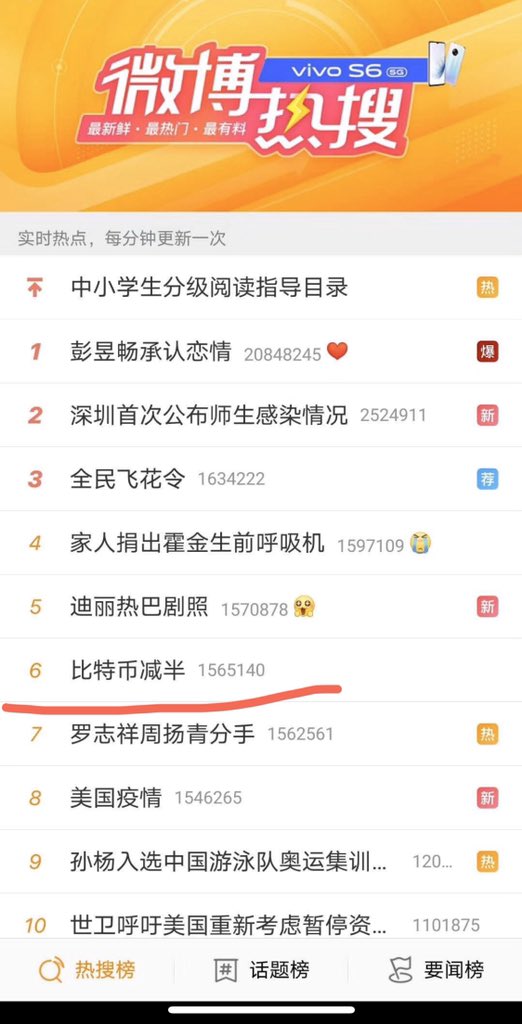 For instance, it was reported that the Chinese term for “Bitcoin halving” briefly became the sixth-most searched term on Weibo, China’s version of Twitter. Also, Google Trends data indicates that last month, global Google users searched “Bitcoin halving” more than any month before.

This is positive for the cryptocurrency because analysts expect for hype around the halving to catapult Bitcoin back into the mainstream spotlight, which will lead to investment.

What Analysts Think Comes Next