On Wednesday, Bitcoin evangelist and Wall Street investor Raoul Pal published a series of charts that pitted the cryptocurrency against major financial markets.

Every graph appeared identical to one another, for they showed how the mainstream assets/indexes were trending lower against Bitcoin, to a point where they all tested a medium-term support trendline. They included gold, the Nasdaq Composite, and its sub-indexes/stocks, which include KBW Bank Index, Treasury Bond ETF Fund, silver, Amazon stock, and others.

Gold is looking to attempt a negative breakout against Bitcoin once it closes below the rising trendline support. Source: Bloomberg Terminal

Mr. Pal noted that every index/asset was looking to break bearish on the support trendline. The prediction pointed towards more strength for Bitcoin as it compared the crypto with a “supermassive black hole that is sucking in everything around it and destroying it.”

“You see, gold is breaking down versus bitcoin,” Mr. Pal added. “And gold investors will flip to BTC. The Nasdaq is next. Retail specs are going to flip to bitcoin as it eats techs lunch.” 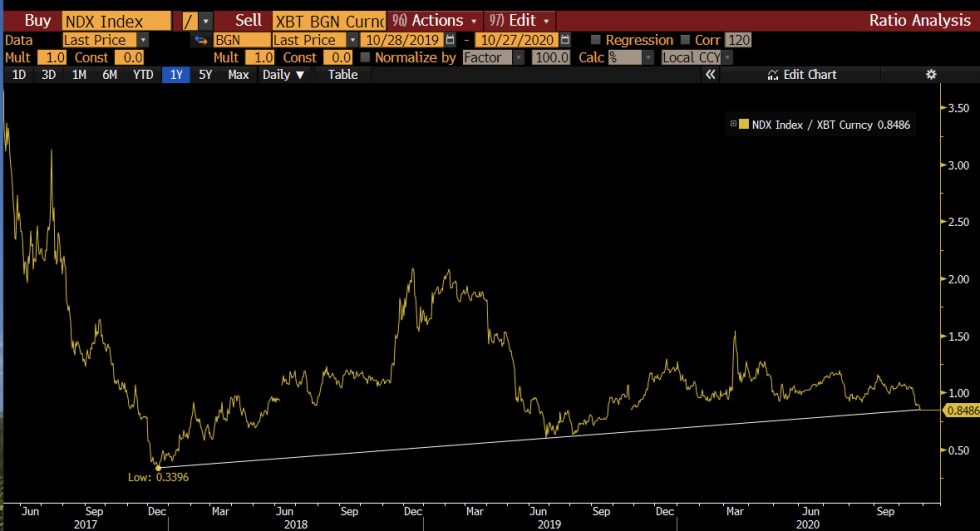 Some of the Nasdaq’s sub-indexes already broke below the Ascending Trendline support. The KBW Bank Index (NASDAQ: BKX), a benchmark stock index of the banking sector, fell to its lowest levels against Bitcoin as worries over an increase in loan defaults stressed the financial corporations.

Furthermore, the iShares 20+ Year Treasury Bond (NASDAQ: TLT) depreciated against the rising Bitcoin prices, adding to the speculation that the US economy is heading for a prolonged period of lower interest rates. The Federal Reserve has already committed to keeping them near-zero up until 2023. 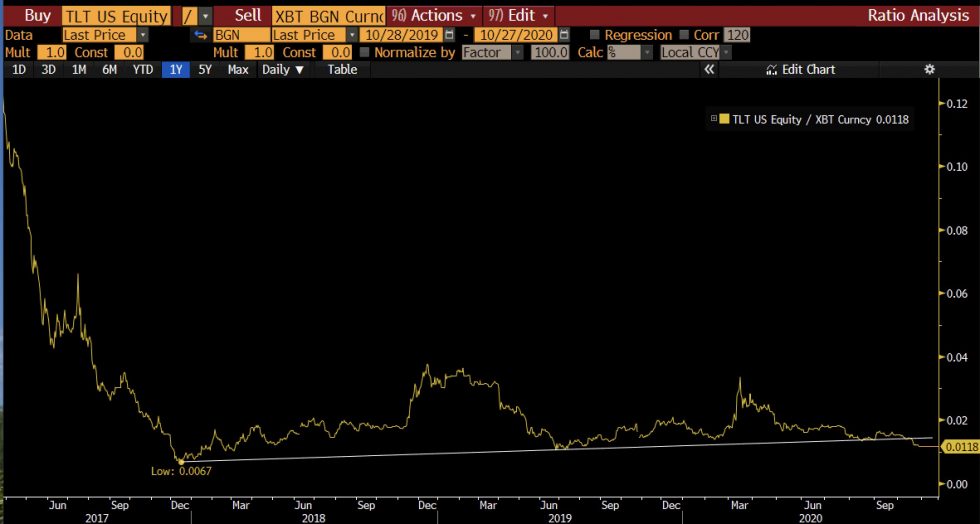 The analogy was the same for the G4 Central Bank Balance sheet, the Refinitiv/CoreCommodity CRB Index, and Apple. Everything fell against Bitcoin.

“The macro, flows, technology, demography and societal strains have all converged to this moment in time and the definite answer from markets is Bitcoin,” wrote Mr. Pal. “I get this sounds a little evangelical but I’m struggling to see it any other way right now.”

As money keeps flowing into the Bitcoin market, Mr. Pal also indicated that the cryptocurrency could soon swell back to its previous record high of $20,000. 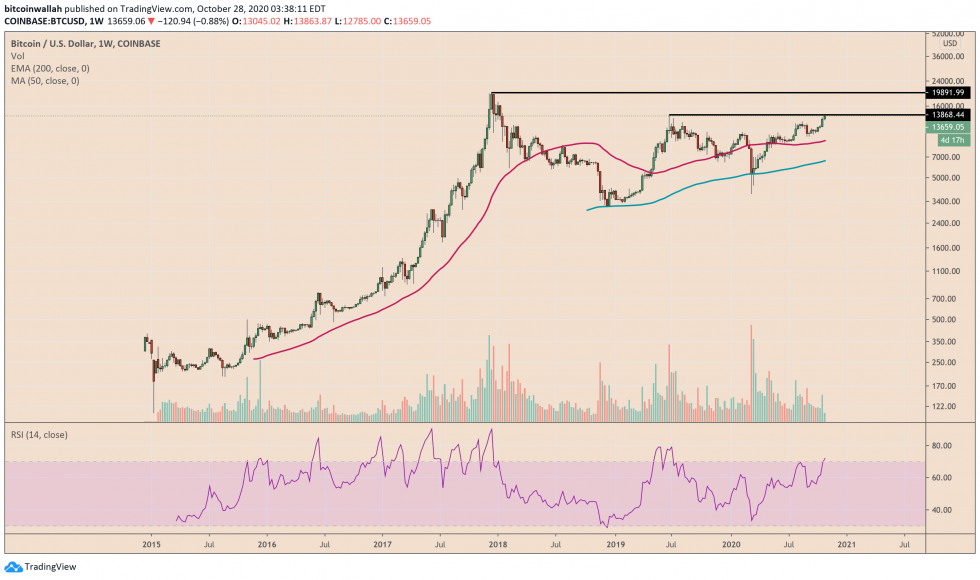 A break above the $14K level puts Bitcoin en route to $20K, as per Raoul Pal. Source: BTCUSD on TradingView.com

As per Mr. Pal, there is not any historically concrete resistance level above $14,000.

Earlier in 2017, it took BTC/USD only a week to pump from lower $13,000s to as high as $19,891 on Coinbase exchange. While the rally mostly took its cues from the infamous ICO boom, it left little hints for technical chartists to pick their ideal long targets on the next breakout above $14,000.

A Flurry of Double Top Snubs Hints Bitcoin Will Hit $21,000