Bitcoin price has been rocket by another flash crash today, leaving many traders wondering if the bull season has already passed. But while the #1 cryptocurrency sits in the red, the price action seems to have other ideas.

On the 4-Hour BTC/USD chart, we can see that an interesting pattern has been reappearing every time Bitcoin endures a flash crash, or strong pump in BTC price 00.

It first arrived on the scene during the major Bitcoin flash crash that happened between May 17-19, where Bitcoin plummeted by more than 22% in a single day. What was interesting about this particular crash, was that BTC went on to make a miraculous recovery only 2 days later and even go on to print a new YTD-high.

This remarkable reversal pattern has been coined as the ‘F*** You Reversal’ by Bitcoinist senior market analyst FilbFilb for obvious reasons.

This reversal has several unique features, which help us to identify it from other reversal patterns:

(a) A sharp decline, which is quickly snapped up by bullish traders.
(b) A brief dip.
(c) A short uptrend
(d) A period of sideways consolidation
(e) A breakout

The Inverted ‘F*** You Reversal’ 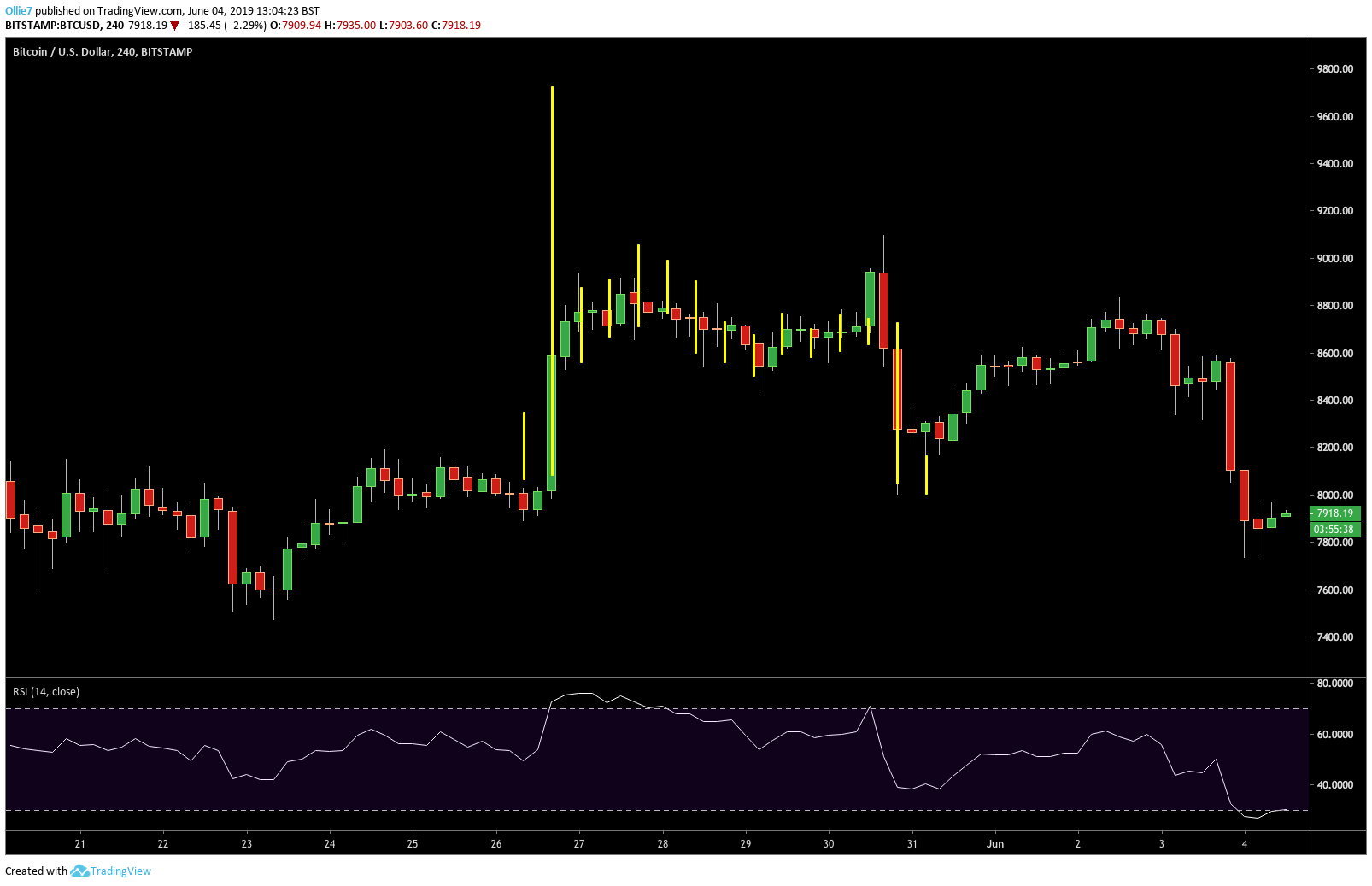 What’s even more interesting about this pattern, is that once you see it for the first time you begin to see it in other places on Bitcoin’s chart – particularly within the last 5 weeks.

For example, if you invert the pattern you can see how Bitcoin’s price tracked almost perfectly inside it during the run up to a new YTD-high, between May 26-31. It even began to dip right at the same time that the previous reversal pattern began to rise. Amazing! 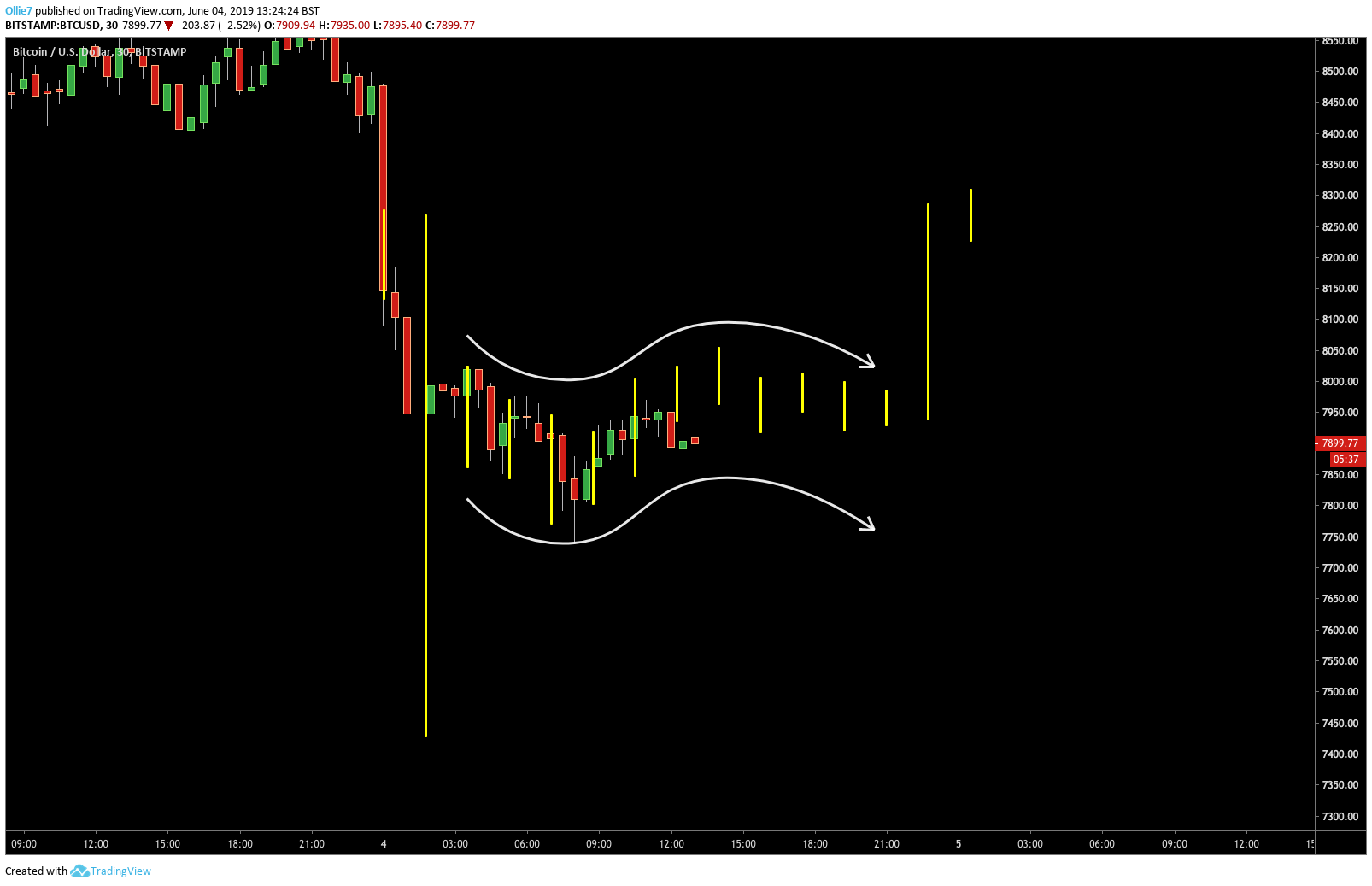 If we project the same pattern on to the current price activity now, we can see that it also fits very well. Surprisingly well, in fact. The price has just recovered from the opening dip (part B on the list) and is now heading towards a short pump (part C). From there, we would like to see it begin travelling sideways (part D) while bullish traders begin to accumulate.

If all that happens, then it seems likely that we could expect a strong surge to lift BTC back towards 8.3K, potentially as early as 21:00 (UTC+1) today! From there, bullish traders could use that level as a strong support and go on to retest the $9K.

[Disclaimer: The views and opinions of the writer should not be misconstrued as financial advice.]

Price of Bitcoin Drops After $150 Million Liquidated on BitMEX