Bitcoinist recently caught up with Roel Wolfert, co-founder of WHIRL, a socially driven crowdfunding platform built on the blockchain.

Roel Wolfert is an expert in digital payments and serves as the COO at Transtrack International, which provides software to banks, governments, and organizations to manage their cash supply chain. Wolfert is also an advisor to the Bancor Foundation, which manages the largest decentralized liquidity network in the world, BeamWallet, the UAE’s largest mobile wallet, and Genexi, a biochain blockchain startup. Furthermore, he is Senior Vice President Consulting & Analytics services at Visa Europe.

Wolfert is actively involved in tech mentoring and diversity initiatives — so we decided to pick his brain on WHIRL and the future of the blockchain and cryptocurrency markets.

Several factors. Firstly, you only get to launch a campaign if you have already contributed to others. The number you have supported and the funds you have pledged increase your Karma, which makes you eligible to start a campaign of your own. So you know that anyone who asks for funding has already ‘paid their dues’ upfront.

Secondly, there’s only a limited number of campaigns that are active at any given time. That means there’s limited competition for supporters’ funds, rather than the normal situation where a large number of campaigns compete for the same pool of money – frequently meaning that none are adequately backed.

Add to this the fact we’re a crypto-based platform that operates across the world, the dramatically lower fees our users enjoy compared to those of conventional platforms like Kickstarter (fees from the platform itself, payment processor and withdrawals, taxes etc can easily total 20% of the money raised), and the large number of cryptocurrencies we accept, and that makes WHIRL absolutely unique and a very powerful proposition.

Bitcoinist: WHIRL brings the entire community’s attention on only a few active campaigns at once. Does this mean that the WHIRL platform isn’t decentralized? Who determines which campaigns are focused on?

Campaigns go into a transparent queue, based on the order in which they are submitted. Only community members who have enough Karma – i.e., who have supported enough campaigns in the past – can launch their own project. So the process is very straightforward, programmatic even. There isn’t a way to game it, since you have to prove your ‘worth’ by backing other campaigns before you start your own. Ultimately this makes WHIRL very different, both in terms of the dynamics of the platform but, more importantly, the kind of community and ethos we are seeking to cultivate.

Bitcoinist: By using blockchain technology, we may assume that all crowdfunding on the platform is transparent and accounted for? Who moderates everything?

We do have a moderation process that is intended to filter out projects that would be illegal in many jurisdictions, or otherwise problematic in some way – for example, we don’t allow members to launch drug or adult-themed campaigns, or those with a political or religious goal. But other than that, eligible projects go straight into the transparent queue, so everyone knows where they stand and which campaigns are coming up next for funding.

Bitcoinist: Which cryptocurrencies does WHIRL support for crowdfunding campaigns? Do you have plans to add more in the future? If so, which ones?

We currently support 12 cryptocurrencies: ADA, BCH, BTC, DASH, EOS, ETH, KICK, LTC, USDT, XRP, XML, and WRL (our own WHIRL token). This alone sets us apart from other crypto crowdfunding platforms, and integrating this many currencies is a testament to our developers’ talent and experience. We’re looking to add more soon, and we’ll also be including fiat deposits as soon as possible.

Bitcoinist: Tell us how the WRL token fits into the platform. What is the benefit for WRL investors or holders? What’s the difference between WRL and Karma points?

Karma is an internal scoring mechanism. It’s not a currency: you can’t transfer or exchange it. It’s tied inextricably to your user account, and you earn more of it when you back a campaign based on the dollar value of your contribution and other factors.

WRL is a crypto token, initially hosted on Ethereum but with the intention that we’ll move to EOS in due course. As our internal token, contributions made with WRL will be worth more in terms of Karma than other currencies – you’ll get a ‘WRL premium’ on your Karma score. As a result, we expect greater liquidity and velocity for WRL, and our most active platform users will probably use WRL exclusively or predominantly.

For investors, WRL will be in demand as that desirable currency. Additionally, we will be taking a small fee in WRL for each campaign, and some or all of those tokens will be burned – decreasing supply and helping to increase value over the long term.

Bitcoinist: WRL was built using the Ethereum ERC-20 standard but will migrate to the EOS blockchain later. Why EOS? Are you concerned at all with recent claims that EOS is too centralized?

Ethereum is the right choice for now since it’s the most mature smart contracts platform: it has the functionality we need and has been battle tested for years and with millions of developer-hours.

However, Ethereum has some drawbacks, including its throughput limit and transaction fees, and so we are looking to move to another blockchain in the future. At the moment, EOS looks like the best option for various reasons – speed, capacity, functionality, cost and so on. Of course we monitor relevant developments in the crypto space and will make a final decision based on the information available at the time. Many platforms have teething troubles or a bootstrap phase where they are not as decentralised as is ultimately desirable – including even Bitcoin, in its early days – so we look forward to seeing positive developments in the coming months.

Bitcoinist: What is, ultimately, the goal of WHIRL?

This is what it all comes down to, and is the key difference between WHIRL and other crowdfunding platforms. Other platforms are solely about money: getting funded is the simple goal. And that leads to unintended consequences, because everyone is competing for funding and unfortunately, some people have figured out how to compete dishonestly. Capitalism, the free market – they’re great, but they are by nature amoral. When you make getting funded the highest goal, you necessarily push into second place every other factor, including the overall wellbeing of the community. We wanted to structure things in such a way that the free market works in favour of everyone.

WHIRL ensures that projects get funded – in fact, we’ve designed our platform so that campaigns have a 100% probability of getting the money they need. But instead of it being a dog-eat-dog world where anything goes to get the funding in the door, we flip the model on its head. You only get to ask for money if you’ve previously backed other campaigns. In our case, money is being used as a kind of social ‘glue’ that strengthens the community. And that’s essentially what we’re trying to build: a real community of like-minded people who will genuinely help each other, with financial incentives to help make it a reality. A genuine community, then, rather than the hollow way the term ‘community’ is generally used in the online world. 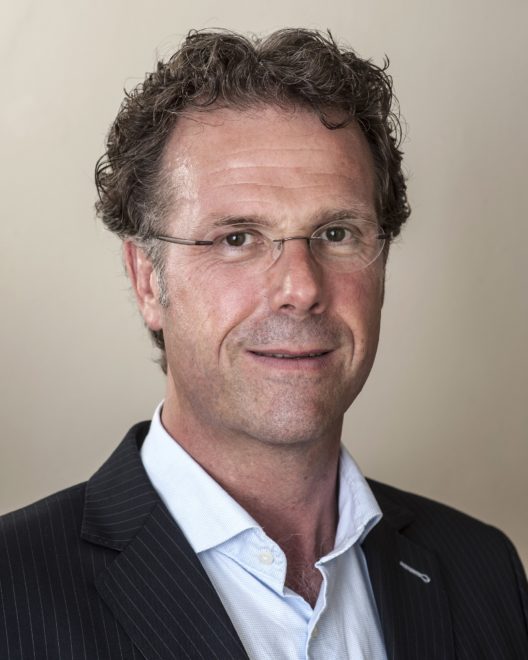 Bitcoinist: Where do you see the cryptocurrency marketplace in 10 years?

Cryptocurrency will just be a normal part of life, integrated into everything we do just as regular fiat money is today. The user experience will be much better, and most people won’t know or care what’s going on behind the scenes – much like they don’t care how their iPhone works or how TCP/IP powers the web. It will just be another form of cash. Most likely we’ll have lots of different currencies, and they will be easily exchangeable against each other. They’ll be used for different things and we’ll no doubt have many use cases across online and offline services. Overall market cap will probably be one or two orders of magnitude larger than it is today.

Bitcoinist: Where do you see blockchain technology in 10 years?

Blockchain will evolve rapidly, just like other cutting-edge technologies have done. When you think of where the internet and email were in 1995 – poor user experience, slow, awful interfaces – and then you look at the situation ten years later, you realise how fast things are going to change. By the mid-2000s we had fully-fledged e-commerce – and just a few years after that, almost all of us carry powerful computers, capable of accessing any information on the web and connecting with thousands or even millions of people via social media, in our pockets.

The foundations have been laid but blockchain will change hugely. We’ll see new systems that will support speeds and throughput that are out of reach today. We’ll see new decentralised protocols that build on the same principles but that can’t be considered blockchain. At the same time, it seems likely that some of the first blockchain platforms – including Bitcoin and others – will still be around. It’s an exciting time to be alive, and it’s great to be playing a part in the revolution!

Bitcoinist: What is your favorite part about working for WHIRL?

The great thing of WHIRL is that we give people an opportunity to do good in a transparent blockchain-driven environment. We’re using new technology to implement a new idea. None of this has ever been done before and it wouldn’t even have been possible ten years ago, or even five. And that’s pretty cool 🙂

How OKExChain Plans to Provide a Seamless Trading Experience